That time I lost my hearing 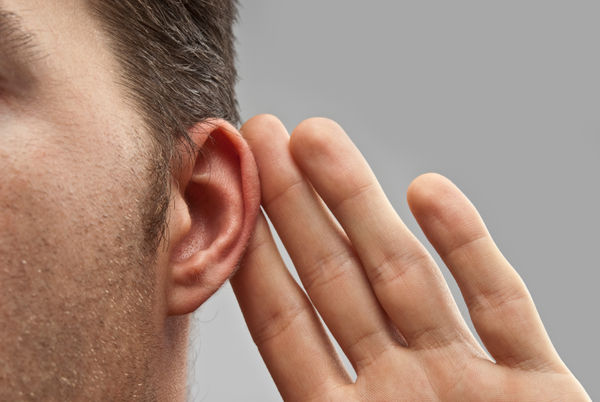 First off, let me stress two things: 1, everyone involved in music, music production, recording, theater, etc should get their hearing checked regularly. 2, wear earplugs any time you’re around loud stuff. Your life depends on it.

Take a second before reading the rest, and learn a bit on how the ear works:

The following is a little story involving my hearing and health recently. This isn’t supposed to be a pity party, but I wanted to share my experiences and how they affected my work. Disclaimer: I’m not a doctor, and I do not intend to dispense medical advice. Consult your doctor with any concerns regarding your hearing. Or anything else for that matter, you might get a lollipop!

Ok, so I got this little head cold. Nothing major, felt crummy for 3 days or so and then it started clearing up. 4 days in, I felt well enough to take a gig and off I went. By the end of that night, my ears had plugged up to the point where my left ear felt like it had a foam earplug in. This happens, but as I felt healthier over the next 2 days, my hearing didn’t come back. After a trip to the Ear Nose and Throat Doctor, turns out I had a wicked sinus infection. After this wildly exciting experience (which involved shoving a camera up my nose so far it came down my throat) I had my ears cleaned, and off I went. Being assured by the doc that my hearing would return 1 or 2 days later, after some swelling had gone down. He also prescribed 3 weeks of antibiotics and eardrops.

Here’s the skinny. Not being able to hear, is probably the worst feeling in the world. Not only was my balance slightly off, and I sounded like I was talking with a washtub over my head, but I could hear every little sound my nose and mouth made. Being cut off from the outside world made swallowing and breathing a loud, distracting event. As you can imagine, this makes working in audio less than amazing. I continued to work, thankfully I had a bunch of shows where I wasn’t actually mixing, but I learned a few things about how this affects my work.

The emotional aspect was also quite unexpected. I started dreading the worst. What if things got bad enough to do irreversible damage? However unlikely, it is possible. What would I do without my hearing? I’ve spent literally my whole life since age 13 doing music in some form or another. I don’t know how to do anything else, I’d be starting over.

Someone once said (I’m paraphrasing) “With sight, we connect to the world. But with sound, we connect to people”. I got a very blunt reminder how true this really is. If asked to choose between being blind or deaf… I’d choose blind any day.

The final icing on the cake, after fighting to hear for about 8 days, it turns out that the antibiotics I was prescribed can actually cause hearing loss. Be very careful, and it’s always a good idea to bring up these concerns with your doctor.

The takeaway here is respect your ears. They are the most valuable tool anyone in music or production has. More valuable than the best speakers, the most high-end AD converters, or the finest instruments. Without your ears, you will be lost.

(To this, some may argue Beethoven was deaf, but you get the point. I think we can agree he was a minor exception here.)

Here are a few techniques I used to help when things were clogged:

Make music, and take care of your ears.